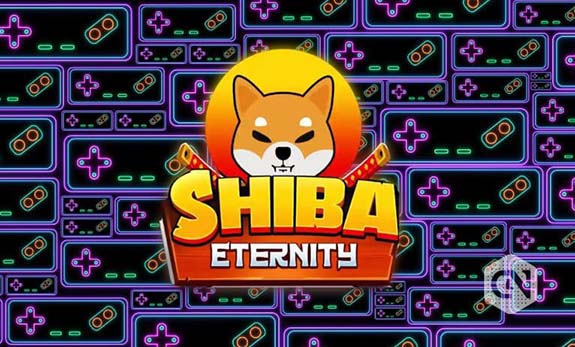 Launched in Vietnam, the Shiba Eternity test was a complete success. stating that the current version is not the final one. Recently, Shytoshi Kusama declared his intention to create a number of ventures centered on Shiba Inu’s CCG game.

In Vietnam, Shiba Eternity was well-liked.

The Shiba Eternity has had outstanding success during its testing phase in Vietnam beginning August 11. William Volk accidentally included a zero after five when he meant to multiply the server capacity of the game by 5.

Which prompts the Shiba Inu team to concentrate much more on the Shiba Eternity component of the game. Knowing that some people have doubts about whether or not the SHIB is a pump and dump, this game does in fact show how serious it is.

However, take note that one of the newest initiatives offered by the memecoin creators is the Shiba Eternity. Based on stablecoin SHI, Shib: The Metaverse, Shibarium, THREAT, etc., it appears to be the cherry on top.

We are proud to reveal the name of the Shib CCG game, Shiba Eternity™!

We are working alongside @PlaysideStudios on a testing schedule and exciting release!

The game will be available in both the Apple App Store and Google Play Store.

The promises made by a Shytoshi Kusama in full ecstasy upon the success of the Shiba Eternity test include these tales of competitions and rewards. Shiba Growth and GossipShib, two well-known figures in the Shiba Inu community, claim that the Shiba Inu developer would have supported their suggestions for holding tournaments centered on the amazing Shiba Eternity.

Shiba Inu-generated Shiboshis and NFTs have been discussed in relation to rewards. Similar reasoning applies to Shiba’s legendary cards, which are the “rarest cards.” claiming that their relationship with actual Shiboshis is what makes them so rare.

Then there is this note from Shitoshi Kusama that distinguishes Shiba Inu from other ongoing projects. Here is a sample taken from IBT Media:

Keep in mind that only Vietnamese people are currently able to play Shiba Eternity. ShibArmy from other nations still need to wait till the Google Play Store and Apple App Store announce the release date. or the news of Shiba’s CCG game test in their own nation.