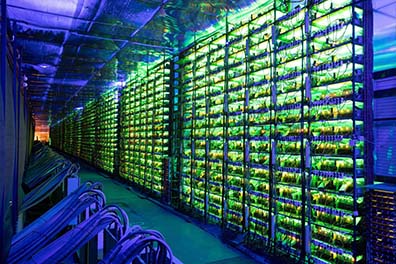 The major operating corporations are speeding up their efforts to cut costs in response to the bitcoin problem. Due to the high energy usage, some miners decide to partially halt operations. With the shutdown of its machines in its Texas data center, the miner Corz Scientific has distinguished itself in this regard. Its production of bitcoin naturally decreased in July as a result, causing it to heavily sell from its stockpiles. In the end, its actual bitcoin sales continue to be more significant than their creation.

Why has bitcoin mining decreased?

If we look at Corz Scientific’s mining operations in July, the company only managed to secure 1221 bitcoins (BTC). Since the authorities in Texas, where the mining takes place, are in charge of the energy network, the mining had to be stopped numerous times at their request. One of the most powerful computer systems in the world belongs to Core Scientific. It is hardly surprising that Texas’ infrastructure has had a negative impact on the state’s electrical system.

Only 1,221 bitcoins were created by the miner with 180,000 servers, but 1,975 were sold to cover increased growth and capital costs. Total revenue collected by Core Scientific was $44 million, or $22,000 for each bitcoin sold. More specifically, a portion of this money was used to significantly expand the database’s capacities. Another chunk of that money was used by Core Scientific to pay Bitmain. In fact, Core Scientific placed an order with this provider last year for 100,000 mining rigs.

Mining decline: Should we be concerned about huge sales?

The bear market does not make it easier to mine the most valuable cryptocurrency. Some businesses continue to liquidate their bitcoin holdings in large quantities in order to survive. However, it begs the question: Is this of no consequence? It must be acknowledged that this kind of strategy is encouraged by the current bear market in cryptocurrencies. This year, miners are selling a lot of the digital assets they have extracted to cover costs. For instance, Riot Blockchain (RIOT) reported that it sold 275 bitcoins for $5.6 million in July.

We recall that in June of last year, Core Scientific sold 7,202 bitcoins to raise almost 167 million dollars. The miner said that, after subtracting shipping and taxes, he had less than $10 million left to pay for the rigs. He still has 1,205 bitcoins, though, and his cash balance is roughly $83 million.

This miner is a significant player in the sector. Since its founding in 2017, Core Scientific has grown to rank among the biggest Bitcoin miners worldwide. It has 180,000 servers, or 10% of the world’s mining capacity, as of June 30. The company has announced an expansion in this provision to 195,000 mining servers. An average hashrate for the entire device is 19.3 exahashes per second. It has the highest mining power in North America, claims Core Scientific. Following this news, the miner’s shares increased by 4%, elevating it beyond some of its main rivals.

In short, miners use huge bitcoin sales as a last resort to combat bear markets. For instance, Core Scientific doesn’t plan to end there. The miner declares its plan to sell bitcoins it has mined on its own to cover operating costs, finance expansion, pay off debt, and preserve a respectable level of liquidity. It is evident that miners will no longer be able to settle for self-mined bitcoins alone; alternative solutions will need to be developed if the bad market continues and production declines.