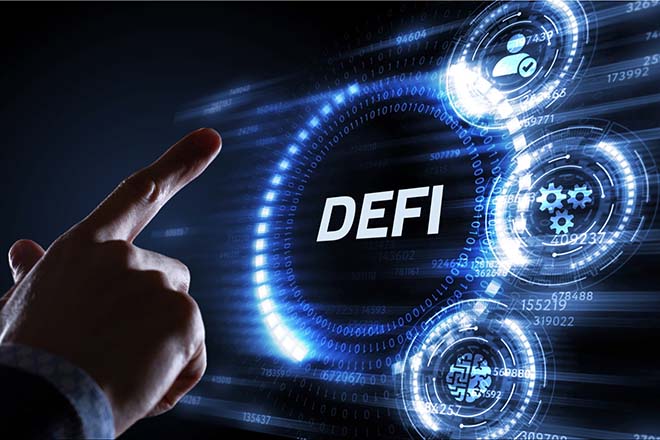 Following its ascent to dominance in 2021, the Decentralized Finance (DeFi) industry faced challenging times in 2022. Several bankruptcies and the collapse of the Terra ecosystem have definitely driven away a lot of investment. To be among the industry leaders, the numerous blockchains are still engaged in a bitter competition.

Underdogs on DeFi for Ethereum

Since DeFi’s inception, the Ethereum network has maintained its dominance. But since the start of 2021, a number of blockchains have been vying for market share. The Binance Smart Chain, currently known as BNB Smart Chain, and the Tron network were the first two rivals. The Binance Smart Chain has created an ecosystem that operates more quickly and with lower transaction fees than Ethereum. The DEX Pancake Swap, one of the network protocols, swiftly established itself as the hub of the ecosystem. On the Tron side, the Justlend protocol works in conjunction with the fast network to create an effective payment mechanism. At its lowest point, Ethereum held a 68 percent domination in this ranking, which stayed constant until May 2021.

The networks that are currently among the top 10 in DeFi have been ramping up gradually. He is initially mentioned by Polygon layer 2 at first. Tron gradually lost ground to its rivals as Terra, which later evolved into Terra Classic, and its well-known stablecoin UST, Solana, and subsequently Avalanche created their own DeFi ecosystems. Its external users all rely on the same benefits: quick transactions and low expenses. Regarding Terra, a large portion of the liquidity was drawn by the interest rates on the Anchor protocol.

Compared to the top 10 cryptocurrencies, a DeFi top 10 is different.

Blockchains that have developed mostly since last fall are included in the second section of the current DeFi top 10. We can name Fantom and Cronos, which have a focus on DeFi, as two blockchains featuring an EVM. Fantom is best recognized for its innovative protocols like Solidex and Tomb Finance. Unfortunately, for a few months now, neither of their two ecosystems has been able to draw creative concepts. With its stablecoin, the USDN, and its substantial gains at the beginning of the year, Waves enjoyed its moment of glory. Unfortunately, the Waves network became less significant when the USDN lost parity with the dollar. Finally, we might include Parallel Finance and Arbitrum, two outsiders who are gaining ground. On one side, there is a layer-2 of Ethereum, which is vying with Polygon more and more. On the other hand, the Dotsama ecosystem’s most significant loan protocol.

Ironically, the top three are precisely the same as they were in January 2021. This demonstrates how stable the top of the ranking is. After these top three, each position is gained at the expense of ongoing innovation and potential flaws of its rivals in order to draw in the most projects.

The 2022 European Blockchain Convention will be held in Barcelona