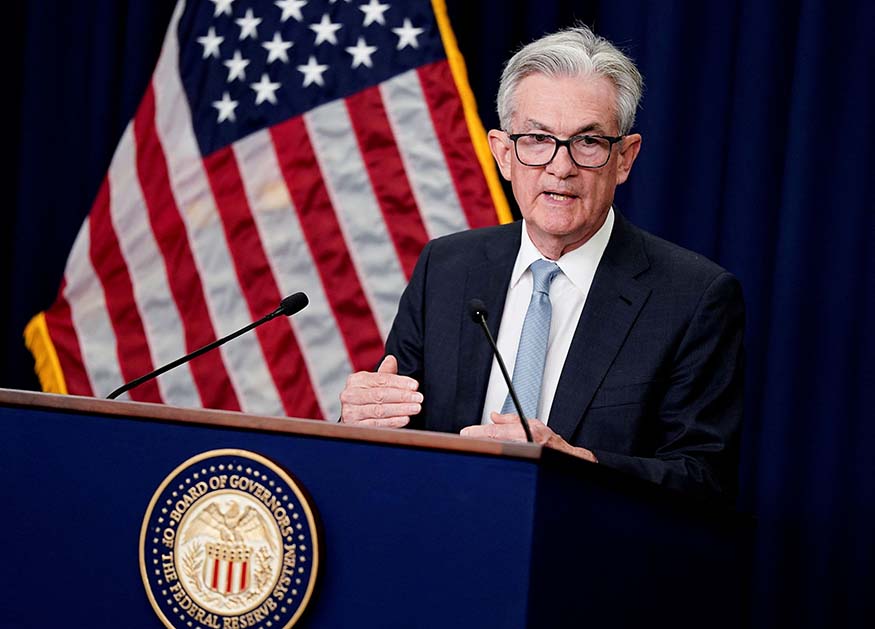 The markets have been in trouble since the FED released its most recent inflation data, and the cryptocurrency has not been spared the jolts. Even more recently, the S&P 500 experienced its lowest day since January. Thanks to the drop in the price of gasoline, inflation has undoubtedly calmed down to 8.3% year over year, but it is still significantly higher than the Federal Reserve’s goals. Can we anticipate a providential deflation, or will monetary policy tightening be required to put out the fire?

Will the FED reverse course?

In the face of unsustainable debt levels, many analysts held the firm belief that the Federal Reserve would keep pumping liquidity into the economy and never raise interest rates again. The FED is, however, more willing than ever to put up with a certain recession in order to stop the situation from spiraling into unmanageable hyperinflation.

The Federal Reserve wants to achieve maximum growth, minimal unemployment, and inflation of about 2%. Therefore, it chooses the most pressing issue to fix in order to balance growth and inflation. A potential 18-month recession is not as bad as the inflation situation. Unlike inflation, which hurts everyone and destroys the monetary unit upon which American hegemony has been founded since 1945, unemployment only affects a portion of the population. Particularly considering how well-off the labor market is: the unemployment rate is 3.7%, the lowest in nearly 50 years.

The FED prioritizes maintaining the credibility that gives it legitimacy. Its primary role is still to reduce inflationary pressures. Therefore, it is likely that it will keep raising key rates.

We can anticipate increases of up to 100 basis points during the next few days. Additionally, the FED is thinking about lowering its balance sheet by $2 trillion. For the upcoming semester, a detailed schedule has been created. If Americans and the markets believe that the FED no longer takes its ultimate purpose seriously and that it prioritizes the election cycle over the dollar’s strength, then these hikes will become even more crucial. This is what compelled Paul Volcker to use the nuclear weapons in the 1970s to combat inflation of 13%. He quoted the central banker of the moment as saying, “Too much current money after too few products.”

How effective are the FED’s actions?

It is logical to question if the rate increases are truly effective in putting out the fire given the increase in inflation. Erdogan could well be correct after all: lower interest rates are necessary to combat inflation!

Since core inflation, which excludes some components like food and energy, is staying steady at roughly 6% and no longer increasing, unlike at the beginning of 2022, it would appear that the Fed’s policies have been rather successful.

It would appear that by having teeth, the Fed was able to prevent an inflationary spiral and, more importantly, to stabilize agents’ expectations at “normal” levels. Officials from the Federal Reserve have attempted to persuade the market to stop anticipating interest rate reduction in 2023, almost explicitly. They have, in a sense, succeeded because markets are only anticipating a small decrease in rates.

Additionally, this alarmed others who are starting to worry about the effects on technology equities. Elon Musk is aware that valuations often decline when borrowing money is more expensive. In fact, fewer people can afford Tesla cars, and fewer investors can afford to purchase Tesla stock. Fortunately, the Federal Reserve will continue to uphold its stance notwithstanding Elon’s statements. The stock market is also still above its June low and about 20% above its pre-pandemic level.

The credibility of this institution in a nation with a strong secessionist tradition is at issue, and the stakes are existential. The stock market decline pales in comparison to this issue.

It’s challenging to understand the global macroeconomic phenomenon known as inflation. Its primary elements alter with time. Inflation was initially mostly driven by lumber, followed by computer chips, and subsequently by energy and rents. Let’s keep in mind that only two essential factors—energy and monetary policy—are likely to account for such a widespread occurrence affecting so many different things (or monetization of the public deficit). Energy plays a significant role in the manufacture of durable goods.

The already stressed energy market went into overdrive following Vladimir Putin’s army’s invasion of Ukraine. Everyone began to fear because it was impossible for the United States to lose even a small amount of ground in terms of geopolitics. As a result, the government has released substantial amounts of oil from the American strategic reserve. The action sought to temporarily reduce price pressures while demonstrating strength in the face of Putin. Undoubtedly a wise choice.

In addition to these downward tendencies, other elements acted in opposition. The zero covid policy has lingered and is still in effect. Tens of millions of Chinese continue to be imprisoned, particularly in Tibet, because the CCP evidently does not wish to stop restricting their freedom. Ideology and social control come before economic outcomes. The demand for energy resources has been significantly impacted by these extensive closures.

Gasoline prices have been declining recently, which has lowered inflation rates. Even now, it is a major contributor to the current disinflation. On the eve of the midterm elections, Democrats can rejoice since some types of inflation tend to irritate voters more than others. Among them is gasoline.

Although it still exceeds pre-Covid levels, the energy component of inflation is at its lowest point since January 2022. Particularly in the short run, the decline in petrol prices may support a decrease in the price of transportation services.

We shouldn’t, however, declare triumph too soon. The world’s energy markets are highly erratic. The rising cost of natural gas promotes increases in the cost of electricity, which is produced in part (1/3) using natural gas. Americans won’t start paying less for their electricity until the middle of 2023, according to the government.

We could learn from other reasons that the energy crisis is still ongoing. In a few weeks, the strategic reserve’s oil releases will come to an end, but the American oil industry is still producing less barrels per day than it did before to the pandemic. Do we need to point out that the Chinese Communist Party has stopped feigning neutrality in this war while the geopolitical threats persist?

Toward a decrease in the cost of secondhand cars?
In addition to gasoline, used cars are another source of deflation to consider. While those of new automobiles have drastically increased, their prices have not fallen since January. The pandemic’s effects on supply, notably shortages of semiconductors, are no longer an issue because the United States is now producing as many automobiles as it did prior to the outbreak. Such a decline might dramatically lower inflation rates and aid in bringing used car prices up to 2019 levels.

Inflation is affected by the real estate market. Compared to present macroeconomic conditions, house prices are months behind. Therefore, any decline in earnings now is unlikely to fully translate into an increase in rental prices until mid-2023.

The difficulty also stems from the fact that interest rate increases intended to slow the growth of income and spending have the unintended consequence of initially depressing construction. We can observe pricing pressures until the decline in supply completely outweighs the decline in demand.

The good news is that private data shows that the growth of rental prices was already declining nearly a year ago. Thus, a fall in home inflation may already be seen.

Markets are significantly impacted by the FED. Even while the markets don’t always respond as predicted to the “news,” it can bring rain or shine. This diversity has a lot to do with human psychology.

Even though the financial markets are enormously complicated systems with many moving parts, it is reasonable to think of the real impact of economic news as primarily a function of how the markets respond to this news. However, the market’s expectations for the FED’s future activities heavily influence these responses.

It is a constant mental game.

For instance, rising employment numbers can signal a rebound and, consequently, a period of rising profits. Despite this, the markets can expect a rate increase from the FED due to the labor market’s dynamism. On the other hand, strangely, a slowdown in growth might support the equities market. Investors may take into account the Federal Reserve’s increased propensity to reduce key interest rates in order to prevent a recession. especially if a vote is soon to be held…

In light of the inflation data, tightened credit standards, and recessionary danger exacerbated by Pacific geopolitical risk, the summer was especially joyful. It is challenging to forecast how the markets will respond.

Understanding this application of game theory is crucial since making financial decisions entirely based on macroeconomic statements is probably not the best course of action. especially in the context of bitcoin, which continues to act like a tech stock and is still not a hedge against inflation.

It is intriguing to examine Ray Dalio’s argument, even if we have just seen that there are some imperfect correlations between economic performance and market conditions.

Ray Dalio, a brilliant investor and the head of the biggest hedge fund in the world, recently wrote a piece in which he expressed his bleak outlook for the markets’ future in light of his predictions for how inflation will develop.

“I predict that an increase in rates from where they currently stand at roughly 4.5% will have a negative impact on share values of about 20%. “

“People become cautious when they lose money, and lenders become more careful in their lending, so they spend less. I predict that there will need to be a big economic downturn, but it will take some time. As a result, it is likely to me that interest rates will increase, other markets will decline, and the economy will be weaker than anticipated—all while the inflation rate remains well over what the public and the Fed want.

The peak of inflation may have passed. The FED may decide to pause its punitive actions. In order to prevent uncontrollable inflation and preserve its credibility, it could also make them stronger. The markets might then respond favorably or, conversely, unfavorably. The future is uncertain; bitcoin may decline due to the decline in the equities market or it may cause it to become an inflation hedge, which it has always attempted but hasn’t yet succeeded in doing.